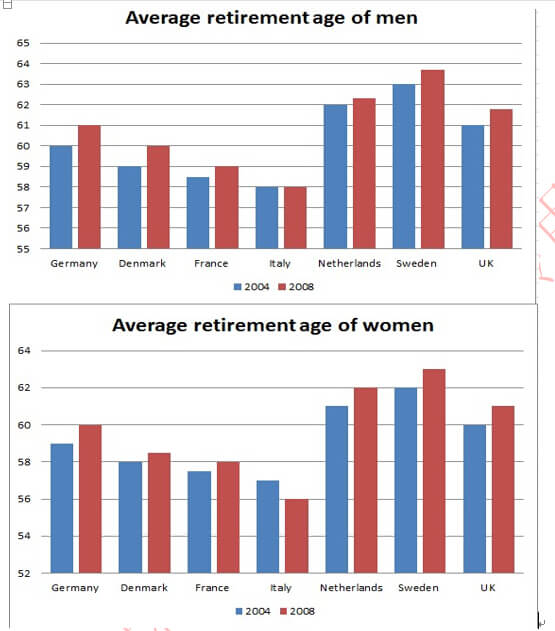 The graphs below show the average retirement age for men and women in 2004 and 2008 in six different countries.

The given column graphs compare the retirement age of males and females in six countries in 2004 and 2008. Overall, the retirement age increased in all countries with the exception of Italy, among men, and France, among women, where it remained the same in the given years.

To conclude, a striking feature of the graph is that the retirement age for both sexes was the highest in Sweden in comparison with all other given countries.