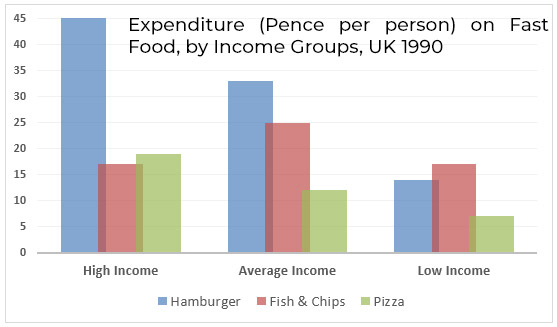 The chart below shows the amount of money per week spent on fast foods in Britain.

The bar chart illustrates/ compare the weekly expenditure of people on three fast food items in Britain in 1990.

Furthermore, with low-income people, they like fish and chips as compare to other fast food items, so that is why they spent 17 pence on it and rest items(hamburger and pizza) amounting for 14 pence and about 7 pence respectively.